Miami animal shelter worker is mauled to death by rescue dog: Cop say the dog ‘snapped’ and are investigating whether the ‘large mixed breed’ had rabies

By Stephen M. Lepore For Dailymail.Com

A woman is dead and another is injured after they were attacked by a rescue dog at a Florida animal shelter Thursday.

According to police, the attack happened before 11 a.m. at 100+ Abandoned Dogs of Everglades Florida in the Broward County town.

A 911 call was made and sheriff’s deputies and fire crews responded to a report of an animal bite.

Upon arrival, the officials found two women who had been bitten.

‘The two adult females are workers. One of them was working with the dog when apparently the dog suddenly snapped,’ Broward Sheriff’s Office Spokeswoman Claudinne Caro told CBS.

‘The second adult female tried to aid the worker, but in the process, she herself got injured.’

The first woman bitten – identified as Pam Robb, a retired volunteer at the shelter, by her wife Angie Anobile – did not survive.

The woman who tried to help out Robb suffered minor injuries but appears likely to survive.

The dog was a large, mixed breed who had been recently rescued from the Everglades and brought to the facility, according to the sheriff’s office.

The dog, named Gladys, was taken to a local animal shelter where it was euthanized. A sample has been sent off to find out if the dog had rabies.

The original woman bitten – identified as Pam Robb by her wife, Angie Anobile – did not survive 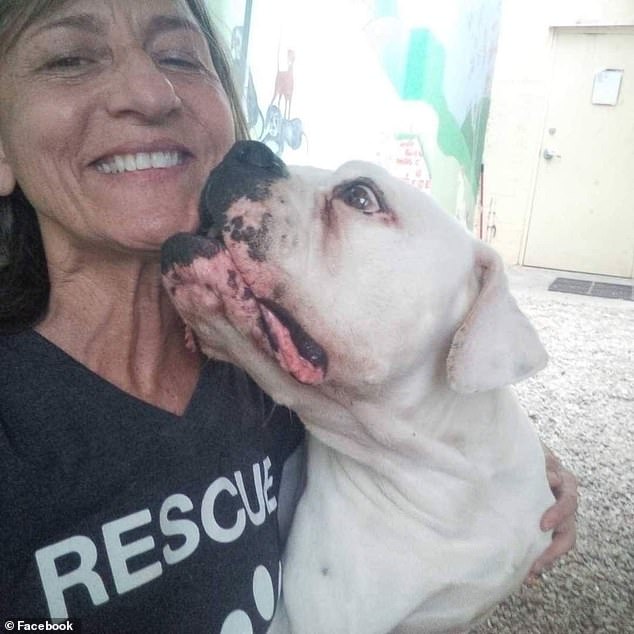 Robb was known as an animal love and remember by her wife, friends and the animal shelter she worked at 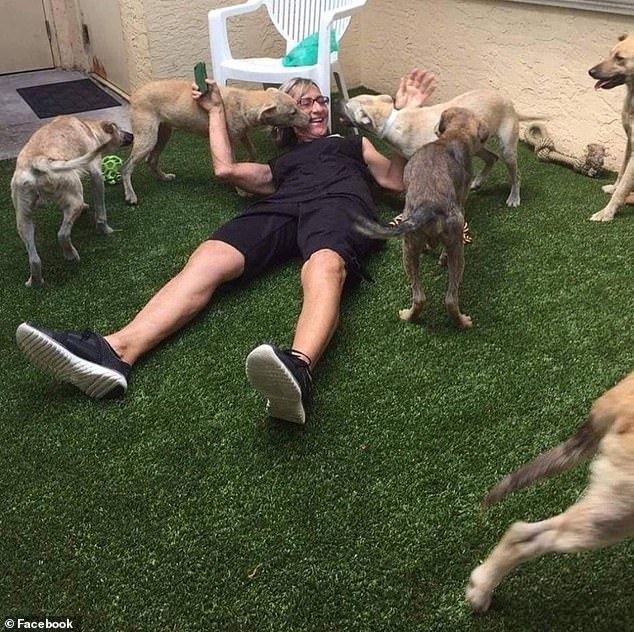 Robb seen here in the company of rescue dogs

Police were called to the shelter early morning on Thursday

‘What I understand is the dog was a rescue and this is the first time the dog had some sort of incident like this where he snaps,’ Caro noted.

Anobile was heartbroken at the loss of her partner but noted how there was no malice involved.

‘She had a love for those animals, she really did, and they responded very well to her,’ says Anobile. ‘This was just a fluke accident. No one did anything out of the ordinary.’

‘Our deepest condolences to her family & friends. We are All grieving & ask for you to please give us time to process this great misfortune & loss of our Dear friend. We thank you for your love & patience.’ 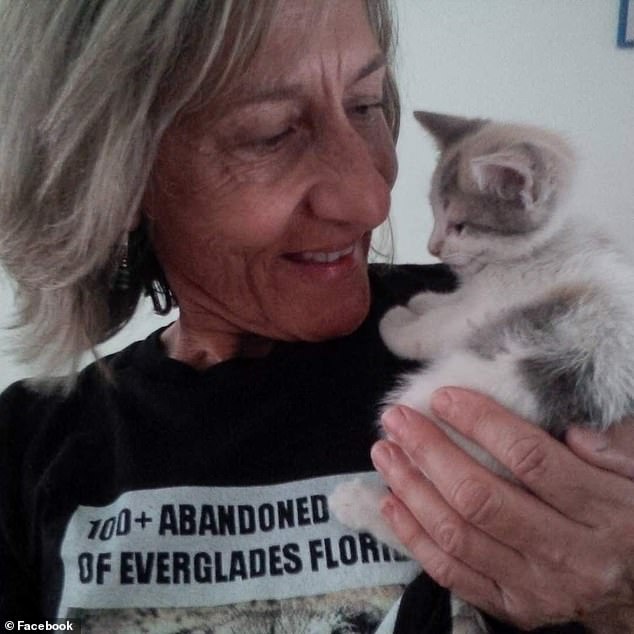 A friend wrote on Facebook that Pam ‘died doing what she loved,’ taking care of animals and added ‘I am sure neither Angie or Pam are mad at the dog.’ 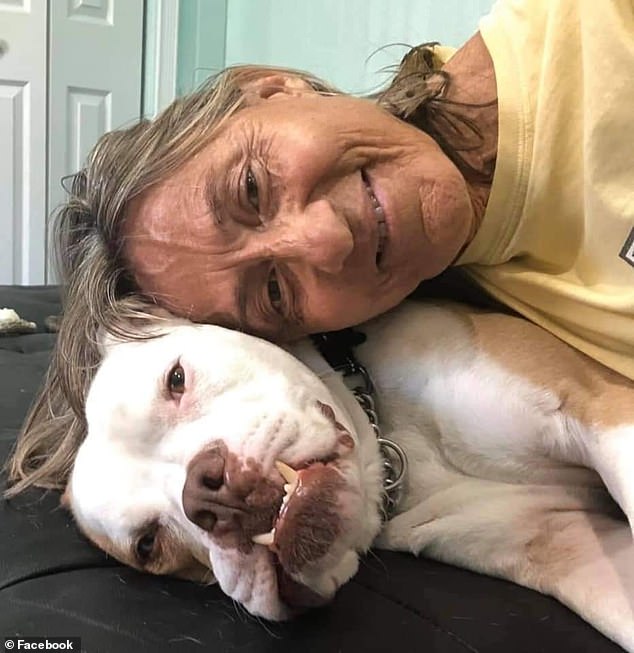 ‘Always present, always there for the dogs,’ is how one friend described Robb 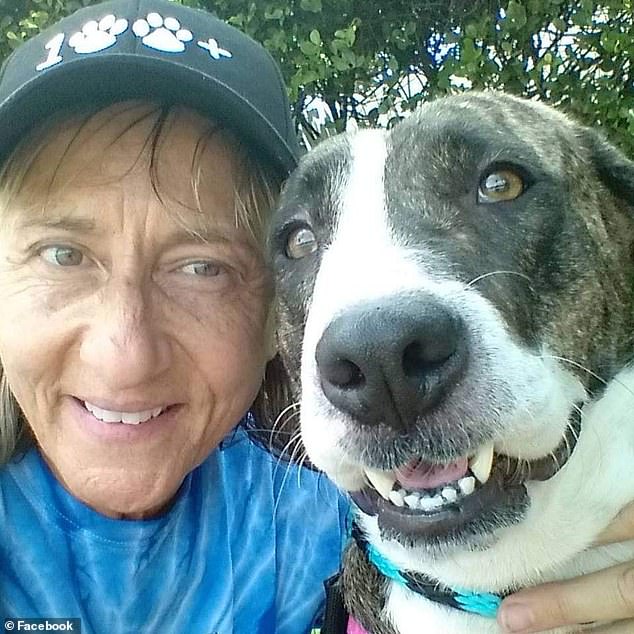 The friend said the dog who eventually killed Robb was a ‘broken, abused, tortured’ creature 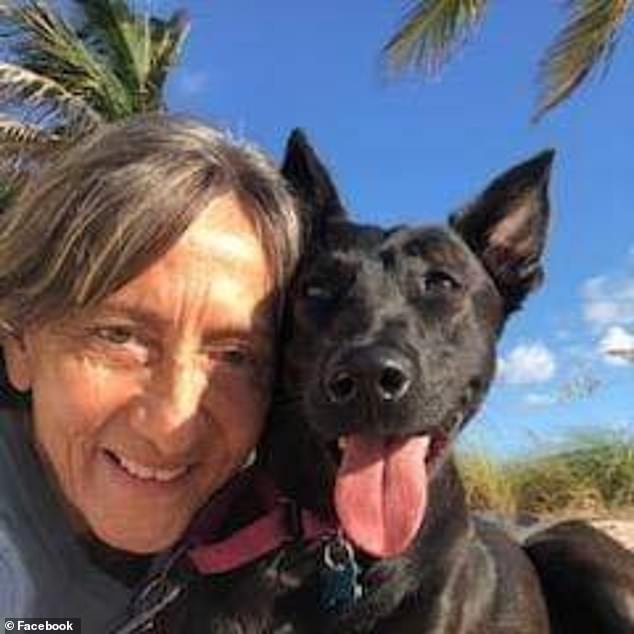 She was described by another friend as ‘loving, always happy, laughing’ 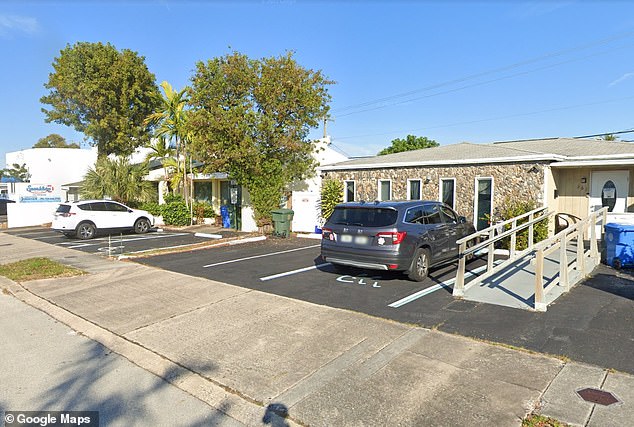 Another friend wrote on Facebook that Pam ‘died doing what she loved,’ taking care of animals and added ‘I am sure neither Angie or Pam are mad at the dog.’

Former volunteer Lindas Decurzio was also troubled by the incident.

‘I’m very shocked and I’m very upset. And I can’t believe it,’ she said. ‘They take such wonderful care of these dogs. They’re wonderful with these dogs and how something like this could happen, it’s unbelievable.’ 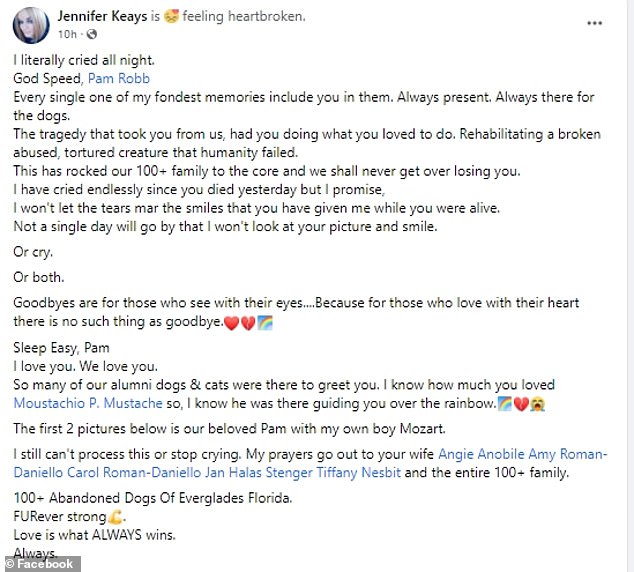 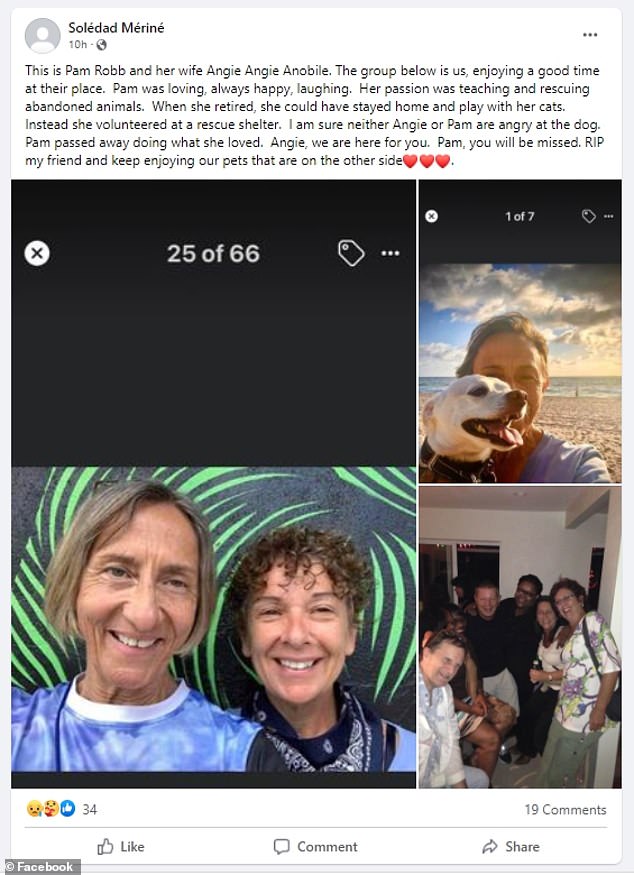