Gorilla tactics! Adorable ape Abaju throws straw around and spins in his enclosure as he shows off for visitors at Czech zoo

By Darren Boyle for MailOnline

This is the hilarious moment a young gorilla shows off for visitors at a Czech zoo.

The video was captured by Lucie Stepnickova, 35, whilst visiting Prague Zoo on January 25.

The five-year-old gorilla – named Ajabu – was seen throwing his straw bedding around as he wriggled around on his back and spun around in circles.

The lively youngster was also snapped banging his teeth, pursing his lips, and apparently throwing a tantrum.

The five-year-old gorilla – named Ajabu – was seeing banging his teeth, pursing his lip, and putting on a show for the visitors at Prague Zoo last month 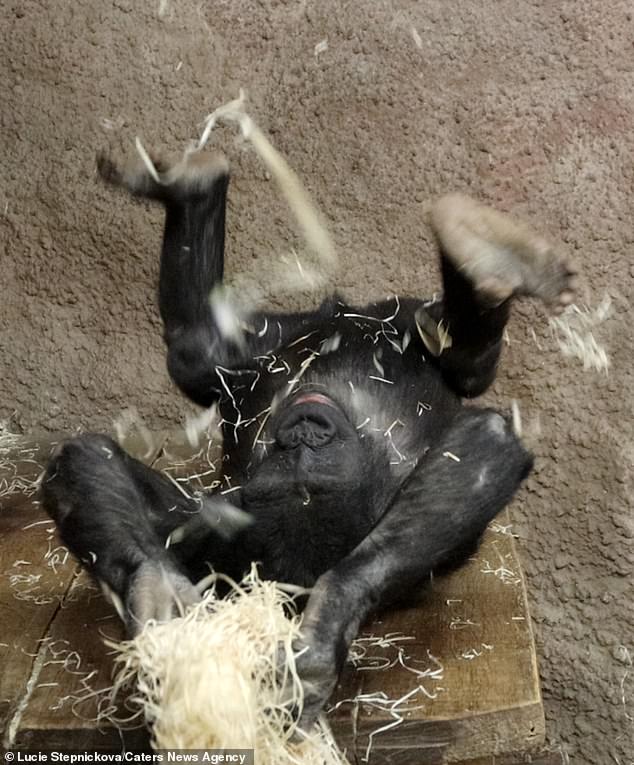 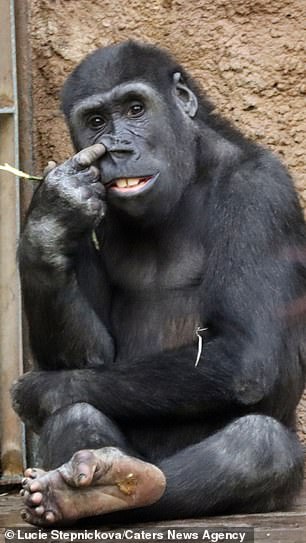 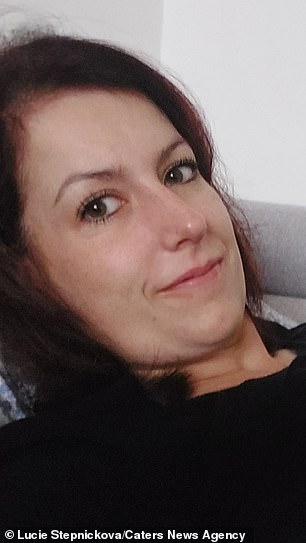 Lucie, who lives in the Czech capital city, said: ‘The gorilla was showing off in front of the visitors and he really enjoyed himself.

‘I love seeing them act like this and it was taken by chance.

‘I try to visit this group of gorilla at least once a week and have been going for the last 16 years. They’re like my family.’

In 2020, Ms Stepnickova photographed Ajabu dancing and clapping for visitors to the zoo.

And in the same year she filmed the gorilla playfighting with his older brother Kiburi.

She said: ‘Ajabu is very fond of Kiburi. He loves playing with him, although he usually catches a few rough blows and thanks to his brother he flies through the pavilion. 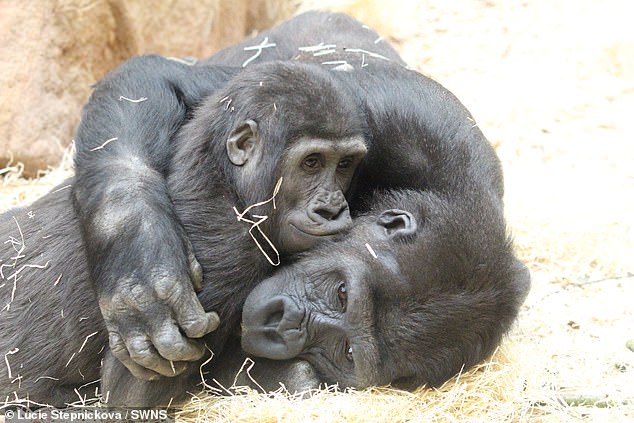 Ajabu and his older brother Kiburi hugging each other in a sweet embrace photographed by Ms Stepnickova. She said: ‘I try to visit this group of gorilla at least once a week and have been going for the last 16 years. They are like my family’

‘But it’s amazing to see Ajabu come to Kiburi after that, and snuggle together.

‘Kiburi embraces him tenderly and protective, lovingly caring for his younger brother, who often falls asleep.’

The lively males are seen play-fighting in their enclosure, using props such as a chest, logs and hammocks.

Footage also captures the moment a large silver-backed male gorilla strolls over to the siblings to interrupt their monkey business and break up the play fighting.

The youngsters instantly calm down and split as the adult male chastises them. 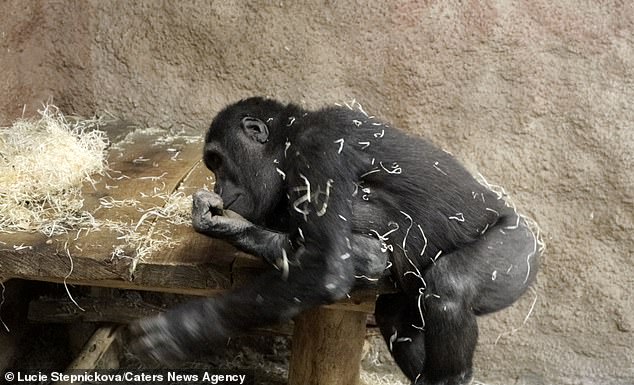 Ajabu, pictured, was having a tantrum at the zoo when Ms Stepnickova began taking photographs 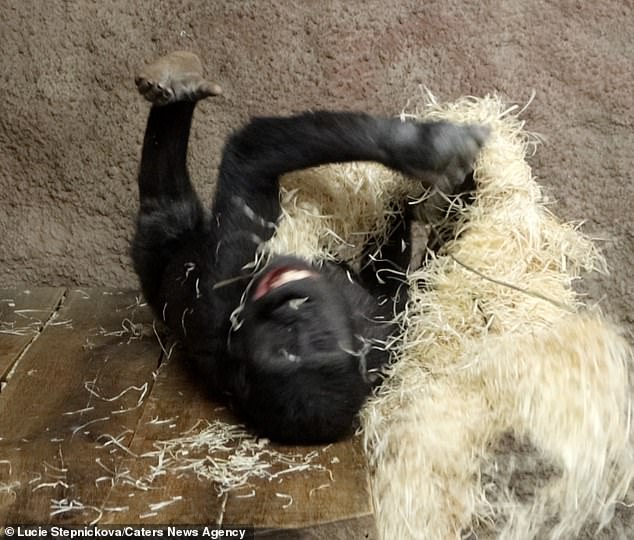 The five-year-old gorilla, pictured, enjoys throwing straw around his enclosure